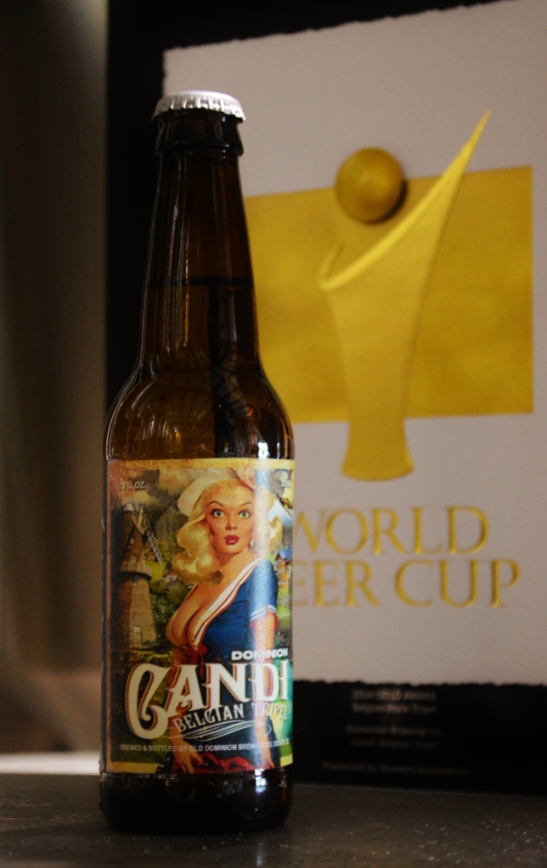 Dominion Brewing took home Gold in the 2014 World Beer Cup, a global beer competition that evaluates beers from around the world and recognizes the most outstanding brewers and their beers.

Gold, silver and bronze awards in the competition’s 94 beer style categories were presented April 11 2014 during the World Beer Cup award ceremony at the Hyatt Regency in Denver, Colorado.

Dominion Brewing was awarded the Gold in the Belgian-Style Tripel category for ‘Candi’ in the 2014 World Beer Cup®. Candi may taste of sugar and spice, but her beguiling introduction is far from nice. Saaz and Hallertau hops provide a clean, floral aroma with minimal hop bitterness and the soft sweetness of apricot and pear lingers nicely against a dry finish. Candi is available seasonally on draft and in Dominion’s Pinup variety 12-Pack.

Jim Lutz, President and CEO of Dominion Brewing, stated, “The special thing about Candi is that…

This entry was posted on April 29, 2014 by DuffBrew in Uncategorized.